Exchange puzzles Desgined and made by myself for Peter Hajek & Daniel Bain.

So I know you've been thinking (yeah right!) whats happening with HalesPuzzles? Whats he up to? Most that know me know I've been an extremely busy man. So, unfortunately, I've had very little time to make puzzles and puzzle locks.

Earlier this year I was contacted by my friend Daniel Bain, within the usual chit-chat he asked if I would be interested in making an exchange for him this year. After last year I turn the offer down flat!!

But, like most things, times a healer. Just like when I did the London Marathon (yes I've done 2!!) you forget the pain and slowly come around to the idea again. On a visit to my other puzzling pal Peter, I discussed an idea I had for a new puzzle lock (I do chat with Peter about my ideas) in fact I had 2 ideas for the same lock, not hugely complicated, but nice little moments in my mind (Peter agreed).

One thing leads to another and somehow I had talked myself into making another exchange!! Then I talked myself into 2 of them! Because this was spawned from talking with Peter & Daniel I offered to them both first (sorry Allard!) they both snapped it up of course.

It was extremely hard work to get them finished, unlike last year (nearly a year in advance!) Peter had to carry the exchanges with him in his luggage! I just haven't the time on my hands at the moment.

By now most of you will know about these exchanges as they were done yesterday. I hope everyone had a fantastic time, I'm sad I wasn't able to make it this year to meet up with everyone again. I've also heard that I wasn't the only one making a Puzzle lock exchange (just like last year Boaz!!) so I hope everyone is doing the Hokey Cokey :-) Just be careful of that spinning around in public Steve!!

Also a big thank you from us (myself & the exchangers) To Jeff Turner in helping me source the locks from suppliers Keyprint. You saved Peter and Daniel a few bob!

Will there be another exchange puzzle by me?

You'll need to ask Allard Walker (today if you must) Because it's up to him :-) 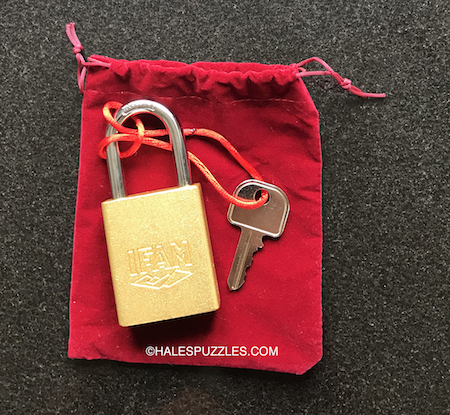